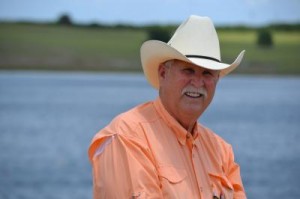 He grew up in Frostproof, Florida before moving to Lake Wales where he graduated from Lake Wales High School in 1963. Vic attended Polk Community College, Florida Southern College and the University of Florida.

Vic served for over six years in the Army Reserves. After that time, he served as a civilian Post Mobilization Post Commander in the Florida National Guard during Operation Desert Storm; where he received the Award of the Distinguished Service Medal.

Vic is a life long citrus grower. He grew up in the orange groves of Polk County with his grandfather Lyles, father Vic Sr. and brother Lyles “Terry”. After college Vic rejoined his father in the citrus industry where after 40 plus years he still remains active daily. Vic is the President and Chairman of the Board for his family’s corporations. These companies are comprised of citrus holdings, management, marketing, harvesting for over 6,500 acres in Central Florida. The Story’s also own and manage two peach orchids and a cattle operation in Florida. Along with Vic’s family business positions he served on the board of directors of American Bank and Trust for over 25 years. In 2003, American Bank and Trust was purchased by Citizens Bank, where Vic served on the Bank Advisory committee for the following three years. Also, Vic currently  serves as Vice President and on the board of directors for Orange Growers Marketing Association, Inc.; a member of Citrus World, Inc. 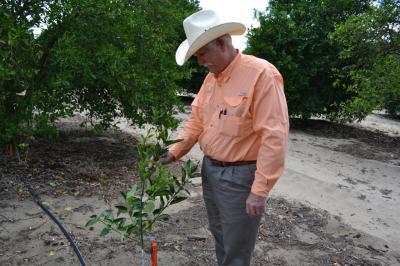 Vic is a long time member of the First Presbyterian Church in Lake Wales; where he has served on the board of Deacons as well as Chairman.